Upgrade to Windows 10 – Support for Windows 7 has ended. That means no more security updates… You should have been notified about this by your computer in a message on the screen. Depending on the message you see, it says something along the lines of: 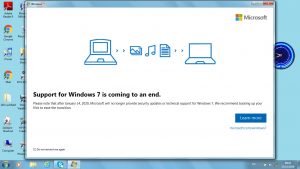 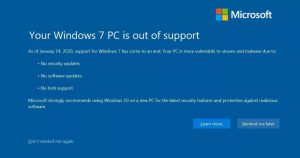 Many people will then ask “How do I know which version of Windows I am running?” If your computer start button (bottom left) looks like the one below, it is probably Windows 7.

What is this ‘support’

Certainly, most of the computers affected by the Wannacry Ransomware attack that hit the NHS in 2017 were running Windows 7. And now with support ending for Windows 7, it will be even more vulnerable. As when Windows XP support finished, it means you shouldn’t carry out anything financial (shopping, online banking etc) on your PC after the end date. 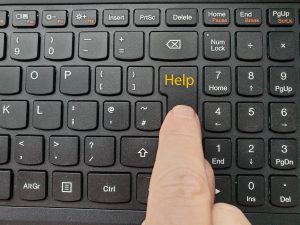 Why should I upgrade?

The short answer is, staying with Windows 7 is less secure and more vulnerable to Viruses and Malware.

What are my options?

In brief, you can upgrade. Or not.

However, as human beings, we tend to be a little bit resistant to change!

And, that is why some people don’t like it. Also, it usually takes a couple of weeks to get used to it. I remember when people said they didn’t like it when changing from Windows 98 to Windows XP. Also, people didn’t like the change from Windows XP to Windows 7! And my money is on people saying the same thing whenever the next upgrade comes along!

Indeed, the average life span of a computer is 3-5 years. I know, unbelievably short! It’s here if you fancy some depressive reading! To be fair, I still go to a Windows 98 computer to service it! The old saying, they don’t make them like that any more is still so true! However, we used to pay a lot more for computers. My first computer in 1985 cost £300. that is when £300 meant something! Inflation-adjusted, that is about £900 in today’s terms…

But apart from the look of Windows 10 it still operates in basically the same way as Windows 7.

I have upgraded many, many people to Windows 10 this year. Thanks to the messages appearing on peoples computers. Usually, after a while, it becomes a case of ‘what was I worried about?’ On an upgrade to Windows 10, the majority of your icons on your desktop/start screen will still look the same and function exactly as before. 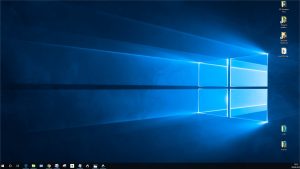 Depending on your Windows 7 system it may be a case that you can just upgrade your operating system to the new Windows 10 without having to buy a new computer. You can run the Windows 10 compatibility tool on your current system to find out if there will be any problems. It can be downloaded from here. Then you can download the upgrade from the Microsoft website and upgrade your PC. But don’t forget to back up your data first as it can go wrong! It’s probably best to make a clone of your hard drive on a spare hard drive so you can go back to how your computer was, exactly.

Of course, you may not feel comfortable doing the upgrade yourself. Truly, nobody is born with the knowledge of how to do this, it is all a learning process. And for me, that is what makes computers fun, learning something new each day! But not everyone has the time or inclination to learn something new.

That’s where somebody like me comes in useful. When I upgrade customers to Windows 10, I make a clone (an exact copy) of their hard drive before doing anything. That way, if something goes wrong in the upgrade procedure, nothing is lost.

Just today, I had a call from a customer saying the upgrade had gone wrong (someone else had done it for her). Her problem was that when it reverted back to Windows 7, her ‘Windows Live Mail‘ was not working. I had to give her the bad news that as Microsoft don’t make it anymore, it can’t be re-installed. (click the Windows Live Mail link for more information)

To make it clear, the reason it probably failed to upgrade was insufficient disk space on the computer, I gauged this from what she said on the phone. It doesn’t usually go wrong. But I believe ‘plan for the worst and it will never happen’!

It’s for these reasons I make a clone of the existing hard drive. I always tell people it is an overnight job, sometimes 24 hours, as to make the clone and then to upgrade the PC to Windows 10, does take a while. Because it is done at the workshop, it is priced at a job rate, usually £80. Whilst, they may sound a lot, it comes with security.

No data loss, the job done well, and a guided tour of Windows 10 after. Yes, I’ll show you around Windows 10 and answer any questions you may have. I know, not at all like PC World or Currys!

That being said most people doing the upgrade to Windows 10 have no problems, it goes through fine. But doing it is highly recommended by Microsoft.

If this all sounds like too much hassle to do it yourself, call me on 07771 588577 or Email Me, and I can do it all for you, I can perform your upgrade to Windows 10 safely, securely, with no data loss.

Hover over or click picture to find out more. 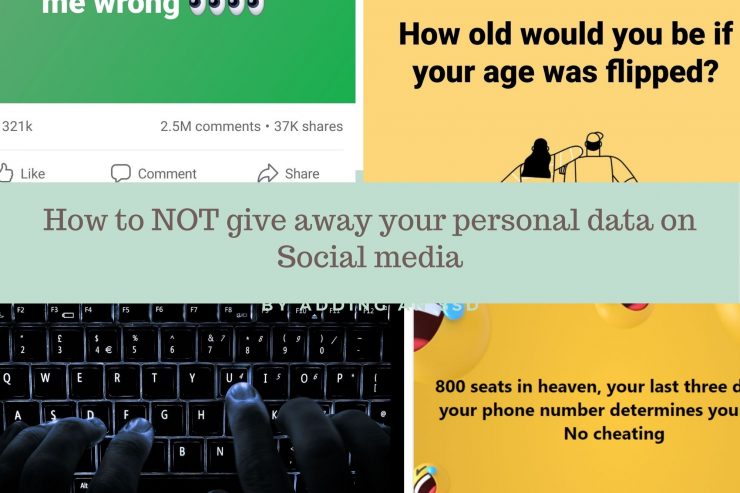 How to NOT give away your personal data on Social media 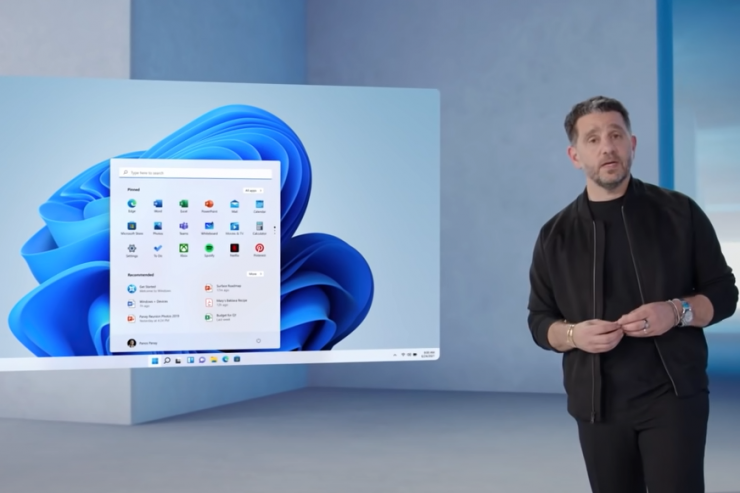 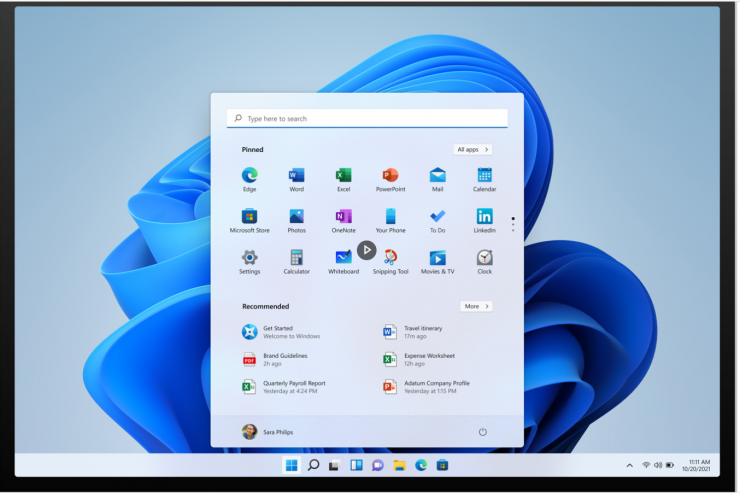 SERIOUSLY PLEASED Really quick to get in touch and get an appointment. He obviously really knew what he was talking about and solved the problem straight away. I will definitely use this service again and I have other friends who I gave the contact to who have also been sorted out quickly

I have been using Rob’s services for years now for my business and personal computers. Every problem I have set him, some big and some small, has been attended to in an efficient, friendly and business-like manner with a positive outcome. We wouldn’t hesitate in recommending him to anyone.

Thank you again for the great job you did on the computer, it’s so much faster!

I would like to thank RHCC for all their help with my computer. When I had a problem they were quick, courteous and extremely helpful, managing to restore all my data without loss and provide advice on the purchase of a new machine.
Being a single female, I am always a little wary of inviting strangers into my home, but I had nothing to worry about here, and the gentleman that visited always spoke in plain and simple English to me, so as not to confuse with computer jargon that I really do not understand.

Thank you again for your help and quick response

thank you so much for coming so promptly and for sorting out my ageing pc! Thank you too for your very fair invoice. It made the frustration of being locked out of my machine a little less frustrating.

I just wanted to drop you a line to thank you for the wonderful job you did on my PC. When you took the hard drive away with you to fix I was convinced that I was going to lose all my data and that this was going to be a rather time-consuming and very costly job, which you proved to be false.
The PC runs very well now and I appreciate all the hard work and suggestions you have given me, and after having the spyware software installed this has made a big difference to us, and I believe we are more conscious when we are surfing the net.
I will be recommending you to anyone that needs advice or work done to their own computers.
Thank you again for the hard work and the efficient manner it was dealt with.

Thank you so much for your assistance with my PC. I was very impressed by the speed of your response and professionalism. I have had no further problems with my PC and was so relieved that you managed to recover so much of my data. To top it all off I was pleasantly surprised by how reasonable the bill was.
Personally, I will not be using any other service from now on and I am happy to recommend you to my friends and colleagues.
Thank you again.

Thank you yet again for your help, you’re worth your weight in gold.

Any videos used on this site are my own and, of course, used within Youtube’s sharing guidelines.